To share your memory on the wall of William Horst, sign in using one of the following options:

Bill’s passion for learning extended into all of the activities he immersed himself in throughout
his life. He was physically active and played a range of sports including baseball, basketball,
football, track, running and racquetball. Later in life he enjoyed activities such as golf and hiking.
Bill and his wife Rhonda raised a number of French bulldogs and, while living in Arizona, he
developed an interest in Native American cultures. But what his friends and family will
remember most clearly was his life-long love of the St. Louis Cardinals and his favorite player
Stan Musial. No matter how busy life became, he always tried to make it to a Cardinals game at
least once per year and was excited to share this experience with family and friends. As with
education and work, he avidly read books, magazines and journals and listened to podcasts that
delved into the history, innovations, and the biographies of people involved in these interests.

Family was always at the center of Bill’s world. As a son he was helpful around the farm and
worked hard to realize his parents' support of his education – even when his dad discovered
you could not earn a living with a Bachelor’s in Psychology. He was a thoughtful brother who
was always there to lend an ear, share a laugh or join in to pick up rocks when he made it back
to the farm. Bill was a devoted and doting husband to Rhonda, a quality that was particularly
evident as she battled chronic illness during the second half of their marriage. As a dad,
grandpa and father-in-law he was loving and patient. He taught us by example the value of
optimism and humor in the face of challenges, and humility when we achieved success. He not
only listened, but actively encouraged us in our relationships, hobbies and careers. Only a few
days after he passed away we discovered articles, books, cards and other items he had set
aside to share with us.

Bill will be dearly missed by his four children Heather (David), Geoffrey (Meghan), Kara (Mike)
and Christopher (Pamela); three grandchildren Zachary, Dylan and Harper; his mother Jean; his
sisters Ellen (Peter) and Deborah (John); his brothers Mark (Linda) and Philip (Darlene) as well
as relatives, friends, neighbors and colleagues. He was predeceased by his father Phillip and
his loving wife of 34 years, Rhonda. We are grateful for the time we had with him and will miss
his kind, gentle spirit in the world.

In lieu of flowers, Memorial Donations may be made in William C. Horst’s name to the
Arthritis Foundation, where he served as a board member for a number of years:https://www.arthritis.org/donate
Read Less

To send flowers to the family or plant a tree in memory of William Charles Horst, please visit our Heartfelt Sympathies Store.

Receive notifications about information and event scheduling for William

Donations are being accepted for: ARTHRITIS FOUNDATION INC.

We encourage you to share your most beloved memories of William here, so that the family and other loved ones can always see it. You can upload cherished photographs, or share your favorite stories, and can even comment on those shared by others.

Posted Oct 12, 2020 at 02:16pm
I was devastated to hear of Bill's passing. Our paths crossed when I had the pleasure of having him as my professional mentor. Within a short amount of time, he became my very dear friend. With a mutual love for our families, each time the opportunity presented, he would always check in to see how I and my family was and share the same about himself and his family. Bill was truly a treasured blessing to me and he made a huge impact to my life. He will forever... be remembered and his presence deeply...deeply missed.
Comment Share
Share via:
HS

Posted Oct 09, 2020 at 03:11pm
With loving memories of "William Horst". We will miss Bill very much. The Five Rivers Cattle Feeding family

Flowers were purchased for the family of William Horst. Send Flowers

Posted Oct 05, 2020 at 06:37pm
I was so saddened to hear of Bill's passing. I came to know him when I served on the staff of the Arthritis Foundation over 15 years ago and he was a dedicated volunteer and board member. As others have said, though we met through professional avenues he came to be a dear friend and trusted mentor. I always enjoyed our visits - whether over coffee, breakfast, lunch, or a hot dog at a Rockies game! He remained devoted to his Cardinals but grew to love the Rockies - and indulged my AL passion for the Orioles. A couple of baseball gifts he generously gave me over the years are now even more treasured. We had a shared passion for family, and he always sincerely asked after the well being of my children and grandchildren. He was a treasure and very special man - I miss him greatly.
Comment Share
Share via:
AT

Posted Oct 01, 2020 at 05:31pm
Bill was a wonderful human, a great colleague and such a kind, gentle person. He was a good listener and so thoughtful. He will be missed by those of us who were lucky enough to work with him. He was proud of his family and I know you all will miss him dearly.
Comment Share
Share via:
TM 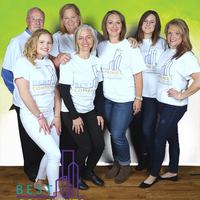 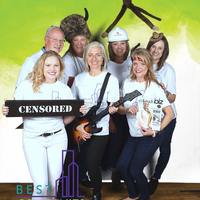