To share your memory on the wall of Vernon Appleby, sign in using one of the following options:

Vernon was born January 25, 1935 in Kiowa, Kansas to Justin and Lilia Appleby. He graduated from the University of... Read More
Vernon L. Appleby, 84, of Littleton, Colorado passed away on Tuesday morning, January 21, 2020 surrounded by his family.

Vernon was born January 25, 1935 in Kiowa, Kansas to Justin and Lilia Appleby. He graduated from the University of Kansas with a degree in electrical engineering, and worked for Honeywell in Minnesota, Colorado, and Switzerland for about 30 years. He married Barbara Ghormley in 1959, and together raised three daughters, Linda, Cynthia, and Kelly, and one son Robert (Bob) in Littleton.

Vernon enjoyed spending time in his woodworking shop where he made beautiful walnut and oak furniture that today graces many family homes. He kindly shared his meticulously clean shop with a litter box belonging to the beloved family cat (Peanuts). He also enjoyed baking bread for family and friends (and for personal consumption). His passion for baking and cooking never caused him or Barbara to gain weight as both religiously participated in cardio classes at the Littleton YMCA, with Vernon often being the only male in attendance. Whenever possible he liked to pack up the family station wagon with his raft and go fishing, or pack a suitcase and travel the world. These trips often included long hikes, though probably his favorite hiking trails were those at Mueller State Park in Colorado. He was a strong believer in the importance of family, resulting in research and trips devoted to finding genealogy records, numerous trips to visit family in Kansas, and large family dinners every Sunday evening. He was also a man ahead of his time as he raised all of his children to cook and change the oil in their cars. Vernon passed along his talents, passions, and beliefs to his children and grandchildren.

To send flowers to the family or plant a tree in memory of Vernon L. Appleby, please visit our Heartfelt Sympathies Store.

Receive notifications about information and event scheduling for Vernon

We encourage you to share your most beloved memories of Vernon here, so that the family and other loved ones can always see it. You can upload cherished photographs, or share your favorite stories, and can even comment on those shared by others. 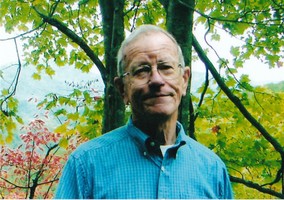