To share your memory on the wall of Norman L. Bixby, sign in using one of the following options:

Provide comfort for the family by sending flowers or planting a tree in memory of Norman L. Bixby

Provide comfort for the family by sending flowers or planting a tree in memory of Norman L. Bixby

Norm was born in Big Fork, MN, in the summer of 1941. He spent his formative years on a small farm, the youngest in a family of all girls. He graduated from Grand Rapids High School in 1959. Norm proudly enlisted in the Army and shipped off to Vietnam in 1960. Fortunately for us all, he came back in 1962. A short time later, he met Kathryn, and another respectably short time later, they welcomed their first child, a son, and continued to grow their family into the 70s, maxing out with 3 kids. The family relocated to Colorado in 1978. Norm was the embodiment of integrity, honor,
respect, and love.

Every day, “Normie” started with a jug of coffee, a giant bowl of fruit and the daily news. He’d spend countless hours in his garage, tinkering, rigging, fixing, and building, often pausing to have a chat session with one neighbor or three. He was always there to lend you a tool, blow the snow from your walk, give you a hand on a task, or tell you a story. Norm spent a lot of time in pursuit of “the big one”, fishing, hunting, and camping along the way.

Norm’s good heart was felt far beyond his immediate family. He had sisters, brothers in law, sisters in law. He had 29
nieces and nephews and their spouses and children, neighbors who became daughters, coworkers who became hunting and fishing partners, and he had his grandson. He was the finest husband, father, brother, son, uncle, grandfather and true friend. Norm was so proud to be a grandfather to one grandchild, Ari, now 6, whose favorite things are that “Papa” calls him names such as “Hayseed” or “Goop Seed” every time they were together, and “that he loves me and he hugs me.”

Norman is survived by his wife of over 55 years, Kathryn, his three children, one grandson, sister Jessie, sister Caroline and her partner Dave, sister Theola, his twin sister, Marie and her husband Curt, twenty-seven nieces and nephews and their families, and countless others who loved him. His eldest, son Steven, lives in Sacramento, CA, with his wife Kim and their three dogs. The middle child, Joni, lives in Portland, OR, with her husband Seth, and Norm’s grandson, Ari. His youngest, Kristi, lives nearby in Littleton, CO, always there for her family.

Due to current events, Norm’s military honors and a formal gathering to celebrate his life will be postponed into the
summer.

I’ve finished life’s chores assigned to me,
So put me on a boat headed out to sea.
Please send along my fishing pole
For I’ve been invited to the fishin’ hole.
Where every day is a day to fish,
To fill your heart with every wish.
Don’t worry, or feel sad for me,
I’m fishin’ with the Master of the sea.
We will miss each other for awhile,
But you will come and bring your smile.
That won’t be long you will see,
Till we’re together you and me.
To all of those that think of me,
Be happy as I go out to sea.
If others wonder why I’m missin’
Just tell ’em I’ve gone fishin’
Dalmar Pepper
Read Less

There are no events scheduled. You can still show your support by sending flowers directly to the family, or planting a memorial tree in memory of Norman L. Bixby.
Plant a Tree

We encourage you to share your most beloved memories of Norman L. Bixby here, so that the family and other loved ones can always see it. You can upload cherished photographs, or share your favorite stories, and can even comment on those shared by others.

Posted May 11, 2020 at 06:31pm
With heartfelt condolences on your loss...we are inspired to plant a tree in loving memory of your beloved Norm.

Thank you so much ❤ We love you, and Dad loved the good people in our lives. 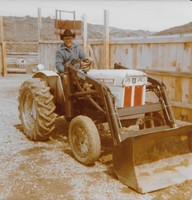 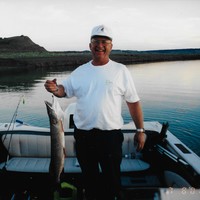