To share your memory on the wall of Mark Parsons, sign in using one of the following options:

Mark, or “Par” as he was known by his extended family of close friends, spent the first 7 ye... Read More
Mark Howard Parsons – “Par”

Mark, or “Par” as he was known by his extended family of close friends, spent the first 7 years of his life living in Ypsilanti and Grand Rapids Michigan as the baby brother to his two sisters and spending many vacations and holidays with cousins in London and Sarnia, Ontario Canada. The remainder of his life was in Colorado, initially in Greenwood Village where he attended High Plains Elementary and began collecting the first of his lifelong friendships. He graduated from Cherry Creek High School where he collected several more. Mark earned his Bachelor’s degree from the University of Colorado in Boulder and collected still more friends for the rest of his journey.

Mark had the amazing gift of the written, and spoken, word. I’m sure he is quietly correcting my grammar and comma usage in this tribute and I wish he could edit it for me. He was consistently brilliant and hilarious. Mark’s professional work was as a writer/editor in marketing, copywriting and communications for various employers as well as his own Parsons Consulting, LLC since 2008.

Mark loved all music, and live music, in particular. His greatest joy was to share live music with his people. He spent countless nights at concerts in Colorado and traveled the world attending concerts with many friends. Mark followed the Grateful Dead, Phish, and Panic having a particular appreciation for jam bands. He took any opportunity to see live music, even attending a Sarah McLachlan concert with his big sisters.
Mark’s passion for skiing began in elementary school with the Buffalo Ski Club going up every weekend to Winter Park, CO to ski as a child. He sustained his love of skiing, and enjoyment of the Colorado Rockies, for the remainder of his life.

Mark thoroughly enjoyed spending time with his two nephews and especially attending their many sporting events on a regular basis. He was always happy when he was with “the dudes”. Similarly, he enjoyed time with his brothers-in-law, especially during the many comical Thanksgiving festivities with them and his sisters.

Mark was thoughtful and considerate in everything he did for the people he loved, and he appreciated all the time he spent with family and friends. He did indeed have a full life, in half the time, and we will all miss him forever.

In lieu of flowers donations can be made to:
- Youth On Record www.youthonrecord.org/donate
Read Less

Receive notifications about information and event scheduling for Mark

There are no events scheduled. You can still show your support by sending flowers directly to the family, or planting a memorial tree in memory of Mark Howard Parsons.
Plant a Tree

We encourage you to share your most beloved memories of Mark here, so that the family and other loved ones can always see it. You can upload cherished photographs, or share your favorite stories, and can even comment on those shared by others. 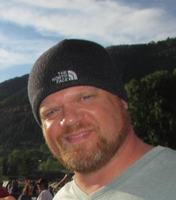