To share your memory on the wall of Lars Fontaine, sign in using one of the following options:

Larz, as he preferred to spell it, graduated from Legacy High School in Broomfield and went on to... Read More
Lars Vincent Fontaine was born in Denver on January 29, 1993 and died on June 20, 2020 at the age of 27 due to post-surgical complications.

Larz, as he preferred to spell it, graduated from Legacy High School in Broomfield and went on to pursue 3-D Animation at CU Denver. He had a gift for sketching and creative writing from the time he learned to hold a crayon. He developed into an exceptional artist with a devotion to tattooing. Most especially he loved to create body art that commemorated special events in people’s lives. He also donated his time and talents, in the form of street-art wall murals, for many youth spaces within local churches.

Tenderhearted, inspirational, affectionate, gentle, gracious, and empathetic were many of Lars’ tendencies that strengthened his stance as an advocate for the mentally ill and homeless of Colorado. He had fallen into that population himself in the past. During some of his most agonizing times he found "a best friend in Jesus." Armed with his own testimony of street survival, he often sought ways to give to someone he deemed as less fortunate, either on his own volition or through time with Volunteers of America.

Although mostly soft-natured, he loved to play and watch rugby. He spent a couple of seasons on the pitch. Stepping away from the city scene to go hiking or camping in the Colorado back country was a necessity to reset himself. His commitment to Leave No Trace was evident in even the tiniest pieces of litter he would find and remove from the trail.

Music was a significant piece of his identity. He was seven years old when he attended his first concert, which was Ringo Starr at Red Rocks seated on his dad’s shoulders. Lars listened to many different genres of music. Ska music, enjoyed with friends, energized him the most. His constant bits of wit coupled with a wide grin, unrelenting sense of humor (which included a rare talent in the ability to interpret all Far Side jokes), and loyalty to his friends, created enduring relationships. His most cherished friendship was that with his sister, Eva. He vehemently protected her and not-so-secretly admired her.

In lieu of flowers please consider donating to a charity close to Lars’ heart:
https://www.sageusa.org/what-we-do/sagenet-national-affiliates/colorado-state-sage-affiliates-listing/

To send flowers to the family or plant a tree in memory of Lars Vincent Fontaine, please visit our Heartfelt Sympathies Store.

Receive notifications about information and event scheduling for Lars

We encourage you to share your most beloved memories of Lars here, so that the family and other loved ones can always see it. You can upload cherished photographs, or share your favorite stories, and can even comment on those shared by others.

Posted Jul 23, 2020 at 10:47pm
Larz, I will always remember your kind and generous heart. You and Eva spent time with my children, Allison and Derek during summer vacations. Derek was a few years younger and it was cute to see him trying to act like you! You always included him and he loved getting shirts from you! Especially the button down ones that would have a dragon, or skull on it. To this day he still prefers to dress up! I send this prayer to Recie, Eva and all of your family - Be kind to yourselves. Honor your grief by feeling all the emotions that will flood thru you- hold tight to the knowledge that to know great grief is to know you Loved Lara immensely. God bless you all and keep you safe Until you are reunited again. Jerilyn Evans
Comment Share
Share via:
HS

Posted Jul 22, 2020 at 10:52am
We pray the love of God enfolds you during your journey through grief. Sending our love from your FCTG family- Debbie, Tricia and the Mid Office team

Flowers were purchased for the family of Lars Fontaine. Send Flowers 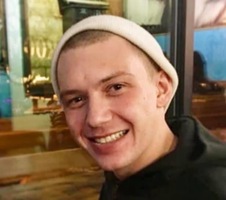 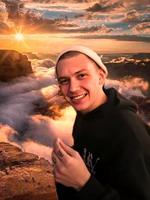