To share your memory on the wall of Judy Stephenson, sign in using one of the following options:

Print
Judy Carole Stephenson, 74, of Littleton, Colorado passed away on May 6th, 2019 at Swedish Medical Center in Englewood, Colorado.

Judy was born on June 28, 1944 in Virginia to Clarence and Bernice Roman. She was the oldest of four sibli... Read More
Judy Carole Stephenson, 74, of Littleton, Colorado passed away on May 6th, 2019 at Swedish Medical Center in Englewood, Colorado.

Judy was born on June 28, 1944 in Virginia to Clarence and Bernice Roman. She was the oldest of four siblings.
Judy met Donald Lee Stephenson at Lowry Air Force Base in Denver, Colorado and
On June 18, 1965 her and Donald Lee Stephenson Married. Soon after they had three beautiful children; Stacey, Tammy, and Jeffrey.

Judy earned a Bachelor of arts degree from Colorado State College in Greely CO, and a Masters’ degree in Curriculum and Instruction from the University of Colorado Denver. She worked as an ESL educator retiring from the Aurora Public School District

Judy will be remembered as someone who loved people. She was a hard worker who often did work with her hands. Despite all of her work with her hands, she always made sure that her hair and nails were always done. She always had her French manicure. She also liked her “Bling” and Loved the color red. She loved to crochet and did various art projects where she got to put her creativity to work. She was also an avid reader. In fact, she LOVED Books. She also enjoyed cooking for others and always making sure her family was fed. She also enjoyed watching the Hallmark channel and was a huge fan of musicals with “Mamma Mia” being her favorite musical. She was a tech savvy woman and was often considered the “Cool Grandma”. She would often use emojis while texting others, especially her grandchildren. Not only did she have grandchildren, she has lots of grand dogs. She loved her dogs. She will always be remembered for her love and kindness to others.

She is survived by her husband Donald, her children; Stacy (no Spouse), Tammy spouse Jim Grande, and Jeffrey, her grandchildren ( Richie Clark Rachel), Jason Clark, AJ Grande, and Marco DeCarlo and her brothers; Paul Roman and Bruce Roman

She Is proceeded in death by her parents Clarence and Bernice. Her younger sister Debbie Weeks, and her younger brother David Roman.
Read Less

To send flowers to the family or plant a tree in memory of Judy Carole Stephenson (Roman), please visit our Heartfelt Sympathies Store.

Receive notifications about information and event scheduling for Judy

We encourage you to share your most beloved memories of Judy here, so that the family and other loved ones can always see it. You can upload cherished photographs, or share your favorite stories, and can even comment on those shared by others.

Leslie Struckhoff, Andrea, James, Melanie, Kylee, Alivea and Kris, and other have sent flowers to the family of Judy Carole Stephenson (Roman).
Show you care by sending flowers

Posted May 20, 2019 at 12:44pm
Our thoughts and prayers are with your family. Judy has touched each one of our lives in a very special way, she will be greatly missed!

Medium Dish Garden was purchased for the family of Judy Stephenson. Send Flowers

Posted May 17, 2019 at 09:38pm
I will always remember Judy's vibrant personality, bold optimism, and her great love for children. She was contagious.

Posted May 16, 2019 at 12:33pm
On behalf of everyone at UPRR PNW Region, please accept our most heartfelt sympathies for your loss. Our thoughts are with you and your family. 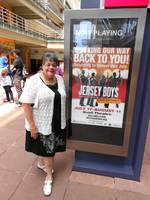 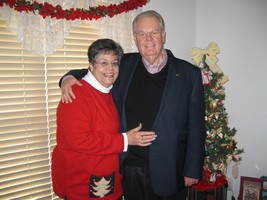 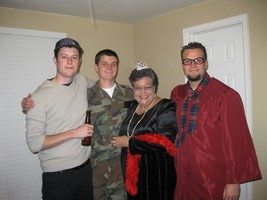