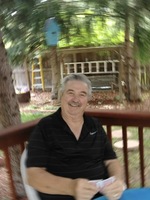 It is with great sadness that we announce the death of John
Stuart Buresh of Littleton, Colorado. He passed away February
17, 2020 at the age of 78.

John was born in Milford , Nebraska. His parents Joseph and
Carrie Buresh adopted John at the age of 4 months and raised
him and his brother Tom in McCook, Nebraska. John
Graduated from McCook High School and attended a year in
McCook Junior College.

John was married to Connie Lea Peterson in 1961. They enjoy
58 years of marriage. Together they raised 4 children: Lori
Copeland, Penny Rutherford, Keith Buresh, and Linda Cooper.
He had 7 grandchildren and 6 great grandchildren.