To share your memory on the wall of Jeni Wheatley, sign in using one of the following options:

Jeni was born on July 22, 1957 in Gibson City, IL to Wayne and Dorothy (Shadwell) Wheatley. She was the middle of the Wheatley’s three daughters and was... Read More
Jeni Marie Wheatley, 61, of Littleton and formerly of Salida died April 30, 2019.

Jeni was born on July 22, 1957 in Gibson City, IL to Wayne and Dorothy (Shadwell) Wheatley. She was the middle of the Wheatley’s three daughters and was named after her paternal grandmother and great grandmother, something she was so proud of.

A 1975 graduate of Salida High School, her high school years were spent cheerleading the Spartans to victories , cruising “F” street, admiring the cute athletes and enjoying her friends.

Deciding she wanted to live in the big city, she moved to Denver and began working for a roofing supply company. When Dawn and Randy (sister and brother-in-law) decided to open their own roofing supply business, Jeni followed as their accounting/office help. During the 20+ years of working together, Dawn and Jeni not only were family but developed a friendship that only two sisters with warped senses of humor could have. Stupid pictures sent at all hours of the day or night, laughing until tears were running down the face, pretending they were Beany and Cecil while wearing their beany copters and their favorite tag-team effort….picking on their little sister, Amy.

Ms. Wheatley was a kind, tender hearted, fun loving individual. She never knew a stranger and had an uncanny ability to remember the names of everyone, including their children and pets.

Her great dislike for spiders and feet became a point of many Facebook posts. She was always a good sport when she was tagged on a post that contained these two eye sores.

Arrangements were through Apollo Funeral and Cremation Services of Littleton by Miles Harford, a very dear family friend.
Read Less

To send flowers to the family or plant a tree in memory of Jeni Marie Wheatley (Wheatley), please visit our Heartfelt Sympathies Store.

Provide comfort for the family by sending flowers

We encourage you to share your most beloved memories of Jeni here, so that the family and other loved ones can always see it. You can upload cherished photographs, or share your favorite stories, and can even comment on those shared by others.

Flowers were purchased for the family of Jeni Wheatley. Send Flowers 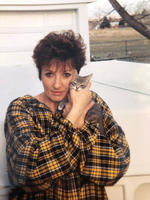 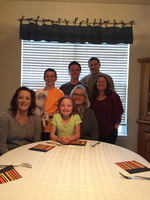