To share your memory on the wall of Fred Peterson, sign in using one of the following options:

Provide comfort for the family of Fred Peterson with a meaningful gesture of sympathy.

Pete married Christine (Turner), also a geologist, in 1976, and together they created a
lifetime of shared interests and happy memories. In addition to geology, they enjoyed
traveling, river rafting, camping, hiking, identifying wildflowers, and spending time with
friends and family. Pete also was passionate about singing and performing with the
Denver MountainAires Barbershop Chorus, with whom he enjoyed lasting friendships.
Pete is survived by his loving wife, Christine, and a step-brother, Wayne Peterson. He
was pre-deceased by his sister Wilma. Pete was admired by all who knew him for his
quiet, gentle, and kind nature. He was non-judgmental, accepting each person he met
for who they were. He frequently expressed gratitude for those who helped him along
the way and felt that he was fortunate to have lived a rich, full life that exceeded his
expectations. His happiest hours were spent among the scenic landscapes of the
Colorado Plateau and sleeping under the stars at night. He asked that his ashes be
scattered at Lee’s Ferry, the put-in for Grand Canyon rafting trips, so that he could take
one last trip down the Colorado River through the canyon country that he loved so
much.

A memorial service for Fred (Pete) Peterson will be held at 3:00 on June 1, 2019, at the
Three Trees Chapel, 13416 W. Arbor Place, Littleton, Colorado 80127. In lieu of flowers,
memorial donations in memory of Pete may be made to favorite organizations of his:
the Denver MountainAires Barbershop Chorus (mountainaires.org), or the Colorado
Scientific Society (Donation checks may be mailed to Colorado Scientific Society, P.O.
Box 150495, Lakewood, CO 80215-0495, or donations may be made on-line at http://
coloscisoc.org/membership-payment/. One may donate to the Society without being a
member).
Read Less

To send flowers to the family or plant a tree in memory of Fred Peterson, please visit our Heartfelt Sympathies Store.

Receive notifications about information and event scheduling for Fred

We encourage you to share your most beloved memories of Fred here, so that the family and other loved ones can always see it. You can upload cherished photographs, or share your favorite stories, and can even comment on those shared by others. 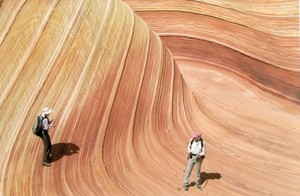 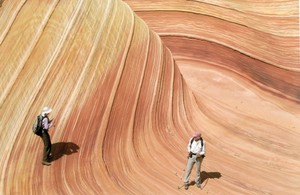