To share your memory on the wall of Dr. Brian Brauer, sign in using one of the following options:

Provide comfort for the family by sending flowers or planting a tree in memory of Dr. Brian Brauer

Provide comfort for the family of Dr. Brian Brauer with a meaningful gesture of sympathy.

Brian was born on September 4th, 1973 in Mexico, Missouri to Jerry and Shirley ... Read More
Dr. Brian Christopher Brauer, 46, of Denver, Colorado passed away on September 7th, 2019 in Oahu, Hawaii. He spent his last moments scuba diving in paradise.

Brian was born on September 4th, 1973 in Mexico, Missouri to Jerry and Shirley Brauer. He grew up alongside his one brother, Brent.

He attended school in Mexico, Missouri and graduated from Mexico High School in May of 1992. That September, Brian went on to attend the University of Missouri Kansas City school of Medicine. He graduated with a Doctorate degree, in Medicine, in 1998. After obtaining this degree, Brian moved to Memphis, Tennessee for his residency in General Surgery and then moved to St. Louis, Missouri for his residency in Internal Medicine at Barnes Hospital. He followed this with his fellowship in gastroenterology at Washington University/Barnes Hospital. Brian then moved to Colorado and completed his post fellowship of gastroenterology at the University of Colorado Denver.

In 2007, Brian met Richard and sparks flew. Just a year later, on August 25, 2008, Brian and Richard Simatupang joined together in marriage in Long Beach, California. Together, they have been on many adventures and have traveled to many places throughout the United States. They always end up returning to Hawaii though. Brian was a certified scuba diver and would go diving anytime he was visiting the beautiful state. He was also a big foodie so enjoying fabulous restaurants was always in the plan, especially when he was alongside Richard. His love for food shined through in his cooking, baking, and cocktail creations too. Brian and Richard spent a lot of time in the kitchen cooking, listening to music and creating cherished memories. Brian was eclectic in his taste for music and enjoyed attending concerts. To just name a few, he has seen Andre Bochelli, Billy Joel, Elton John, Lady Gaga, and Celine Dion several times.

He is survived by his husband Richard Simatupang, his parents; Jerry and Shirley Brauer, his brother Brent (Carrie) Brauer, his niece Megan Brauer and nephew Matt Brauer and many loving family and friends.

He will forever be remembered as a gentle giant. A man who was kind, intelligent, knew how to be serious when he had to be but, had the greatest sense of humor. We will never forget the times that he busted out the often unexpected sarcasm and jokes. He had an impact on so many individuals and that impact will allow him to live on in our hearts.
Read Less

To send flowers to the family or plant a tree in memory of Dr. Brian C. Brauer, please visit our Heartfelt Sympathies Store.

Receive notifications about information and event scheduling for Dr. Brian

We encourage you to share your most beloved memories of Dr. Brian here, so that the family and other loved ones can always see it. You can upload cherished photographs, or share your favorite stories, and can even comment on those shared by others.

Shelby Sullivan, Aliya Hasan, and others have sent flowers to the family of Dr. Brian C. Brauer.
Show you care by sending flowers

Posted Oct 23, 2019 at 03:09pm
Dr Brauer was my doctor. I was diagnosed with a rare disorder that no one would help me with, until I met Dr Brauer. He was the only one to work with me. And went above and beyond trying to find the answer. Even though we couldn’t figure out the why, he was the only one who could perform the procedure I needed. I saw him 6-7 times a year for the last 8 years. We called him a gentle giant. He always called me to answer questions and would come see me post op. I loved trying to make him laugh. It was a hard task for me considering I read how hilarious he was. On my last visit with him I even stated as much. (How hard it was to get him to laugh) he replied “my nurses and family can get me to laugh real hard and easy” I will miss trying to get him to laugh and miss him. He is such a gem and the GI world will have a great loss to fill. I know nothing will fill the void for you, but I hope learning how amazing he was to his patients will help. Much love.
Comment Share
Share via:
DW

Posted Oct 15, 2019 at 04:02pm
I sit here ... Saddened and stunned at the news of this loss. I have doctored with Dr. Brauer for approx 10 years. I always knew i could count on him. He ALWAYS responded to inquiries and took his time to speak to me. He cared for me as his patient. His intelligence and compassion and gentleness and kindness and caring cannot be compared.
I have tears flowing down my cheeks as this is truly a loss for man kind not just to me as a patient.
My sympathies and condolences to his family and husband. I am saddened and shocked by this loss.
Thank you Dr. Brauer for your commitment to me as your patient. You will.never be forgotten.
Comment Share
Share via:
RL

Posted Oct 10, 2019 at 12:53am
Deeply saddened by the news I received in the mail from UC Health notifying me of Dr. Brauer's passing. Since becoming a patient of his ~5yrs ago, he has been instrumental in bringing me back from the brink of debilitating illness with expertly performed, minimally invasive surguries and had me back to fully functional with unmatched results spanning 11 yrs of my struggle with chronic illness. I'm very thankful to have been blessed with his selfless commitment and expert care, you've made an incredible difference in so many lives. I pray your legacy will live on with the many colleagues you've impacted during your career. Rest in peace Doc.
Comment Share
Share via:

Posted Oct 03, 2019 at 03:30pm
My daughter was 22 when she first became Dr. Brauers patient. He always advocated for her with her struggles with chronic pancreatitis even with her loud mouth and tough girl attidude, her pain and struggles. My daughter, probably being one the more difficult young patients he had and never mentioned it was a problem for him. He was always patient with her and kind and ever caring. No matter how many list of questions I gave him on pieces of paper and given to a nurse's at University Hospital after so many surgery's, He would call back and answer every single question from a harried, scared mom. When my daughter got lippy and had attitude with with nurses and other doctors and when she had a PCP wh fired her, Dr. Brauer took it in stride and just stuck with her through her journey and found her another Doctor. When doctors didn't understand her or her frustrations, Dr. Brauer did and helped her through her navigations of her illness. Trying to do right by her and for her. He didn't have to do any of this. But he was dedicated to doing anything he could for her, a young chronically ill girl who fought and struggled with chronic pancreatitis. He always praised her and he guided her through these hard painful years with wisdom and gentle kindness. When she last saw Dr. Brauer in April she was a year out from pancreatic removal surgery and totally medicine and pain free and happy finally living . A life she never though she would get have. He was so delighted that a story that doesn't typically end this well did end well. He told her he was proud of her as though she didn't do it without him. She told him she was going on a vacation to New York and he was so thrilled and excited she was getting to do normal things that most young people do. He gave her tips and what to do when she got there. Well, Dr. Brauer you made a difference and you mattered to our family. My daughter is not being opinionated or loud or lippy today. She is silently crying ok loudly crying and I'm and holding her in my arms as we hold space for you in our hearts.
Comment Share
Share via:
JM

Posted Sep 21, 2019 at 06:27pm
I had the privilege and pleasure of working with Brian while I was serving for five years as the Director of the Digestive Health Center at the University of Colorado Hospital/UCHealth where Brian practiced. During my time there, he became not only a colleague but also a friend, for which I am grateful. Brian was a talented and dedicated physician in his work with his colleagues, with students, with his patients, and with our staff team. In addition, his wonderful sense of humor was much appreciated and often “just what the doctor ordered.” In addition to his professionalism as a physician, I will also always remember his kindness and compassion. In particular, he was always a champion for members of our staff team which I always appreciated, and I know they did, too. My condolences to all who knew and love him.
Comment Share
Share via: 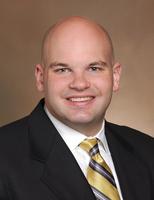 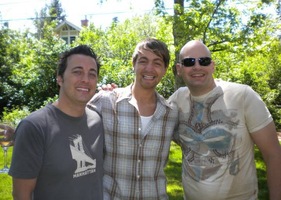 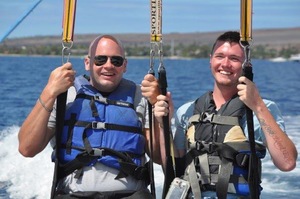 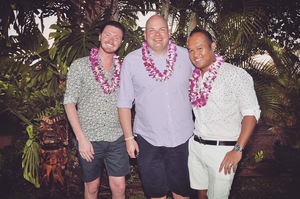