To share your memory on the wall of David Delk, sign in using one of the following options:

In the 63 years he spent with us, Dave was endlessly curious, always eager for an adventure and a born traveler to the end of his days. His charm and humor ... Read More
David Delk, who was born on August 21st 1957, has passed on September 6th, 2020.

In the 63 years he spent with us, Dave was endlessly curious, always eager for an adventure and a born traveler to the end of his days. His charm and humor gauranteed that no matter what country, city or town he visited, he would leave having made new friends and enduring memories.

As a diver, Dave swam among sea creatures and shipwrecks. As a cyclist and motorist, the miles sped under his wheels. As a hiker, he explored the dark woods of Germany and the mountains of Korea. He believed strongly in expanding his horizons and taking in new perspectives and he passed this philosophy on to those around him. He chose to spend his retirement in Colorado, in view of the Rocky Mountains which spoke to the explorer in him.

He was born in Joliet, Illinois and grew up alongside his father, Frank, his mother, Lois and his siblings, sister Sandy and brother Rich. He grew into a quick-witted and clever man, graduating from Fulton High School in 1975. He started his college studies in 1976, attended linguistics school in Monterrey, California and graduated from University of Maryland College Park in 1988.

His military service in the Air Force began in 1978 and was his opportunity to see the world. He never missed an opportunity to do so. It was during this time that he met his wife, Chong Hae, in South Korea and soon they would become parents to two children, Jonathon and Jennifer. He went to great lengths to instill in his children a passion for travel and curiosity for new things, and would take them from the Alps in Europe to diving in the ocean in the Phillipines and points in between. He taught them the value of experiencing cultures beyond the one they were raised in. Upon his retirement in 1999, he returned to the United States, rich with stories and souvenirs and memories of places far beyond his humble beginning.

And all throughout his life, he never lost his humor and the easy-going attitude that made becoming his friend so effortless. His love of sports, music and good drinks with good people gave him that special quality that allowed him to touch the lives of so many across the globe. He goes to join those who went before him: his father, Frank, his uncle Hector, his aunt Catherine and his uncle Joe. He will be missed dearly and remembered fondly by those who survived him: his mother Lois, his brother Rich, his sister Sandy, his children, Jonathon and Jennifer, his wife Chong Hae, his nephew Jason, his niece Michelle and many more. In his memory we remember to look past the horizon and see ourselves in the places and the people we might visit there.
Read Less

To send flowers to the family or plant a tree in memory of David Lee Delk, please visit our Heartfelt Sympathies Store.

Receive notifications about information and event scheduling for David

We encourage you to share your most beloved memories of David here, so that the family and other loved ones can always see it. You can upload cherished photographs, or share your favorite stories, and can even comment on those shared by others.

Posted Sep 15, 2020 at 11:00am
Praying Dave rests peacefully and that the family is comforted by fond memories of him. Our sincerest condolences and love, Tim and Shari Leary

Posted Sep 14, 2020 at 09:29pm
Sent with love and remembrance, Dave will remain in our memories forever. 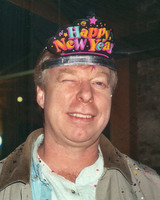 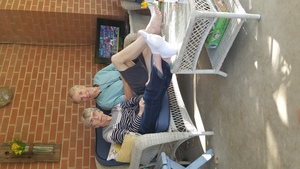 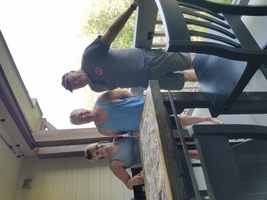 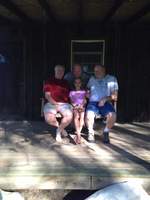